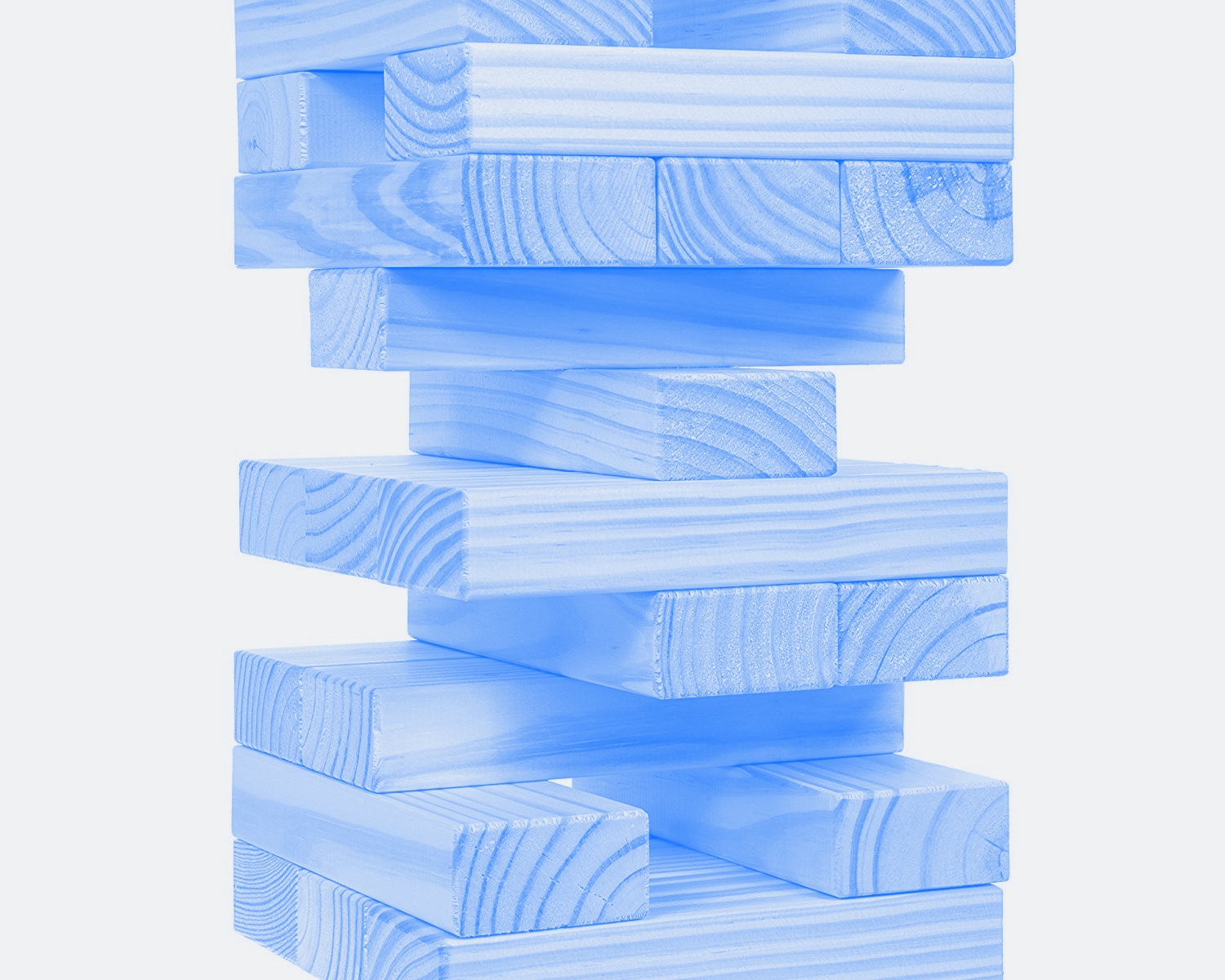 Do you know that game which has you spending hours – well, ok minutes, but long minutes! – stacking pieces of wood onto each other just to find out who makes the whole thing tumble down first?

My daughter hates it. Therefore, she makes me play it with her every day.

Once, I saw her leaning in, observing closely how I took out a middle piece. Slowly, testing whether the other two pieces held the rest above, I pushed. I got it safely out of the heap.

She ran around the table, almost toppling over the whole tower doing so.

Focused, with her eyes squinting inwards, she pushed the chosen piece. It moved slightly. She yanked her hand back and looked at me sideways.

“That one is a little stuck.” I said.

She tried again. A second later, she was splattered out on the floor crying and screaming. The pieces lay strewn all over the table.

You can call me “Super-dad” now, if you want. For as long as there have been humans on Earth, saying this has never worked. To my daughter, this was not a game; and why would it not be more than that? She was a kid. To her, nothing was just something.

I sat there for a while, wondering about what to do, pondering the stability of the brick tower and of little kids. It occurred to me that parenting might very well be the human equivalent of the brick game. I built the tower up anew, but inside the box.

My daughter looked up.

“What are you talking about?

Before she could notice that I had taken away the game, I said:

You will be glad to hear that this was a rather popular suggestion. For as long as there has been ice cream…